Assuming the base prize is 100% you would pay 200% for a land expansion at max. Regarding this information you can buy 200% first save Simoleons because a 100% expansion will just cost 10000 more, a 200% 20000. Using this information you'll find a grid picture in the gallery below provided from the SimCitySocialFriends-group in Facebook helping you find all the mean 200% tiles first which are left in your city!

This table shows the grid of potential land expansions and their cost multiplier based on their location. It also includes some wonders and natural decorations as points of reference. 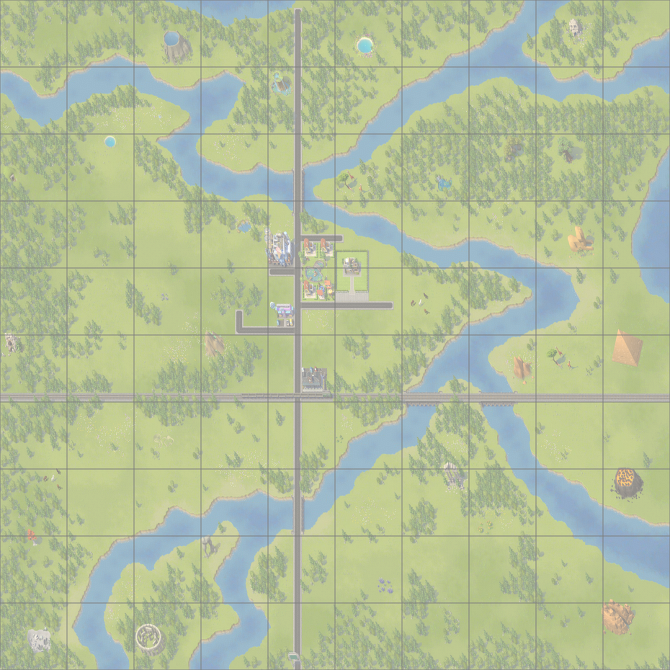 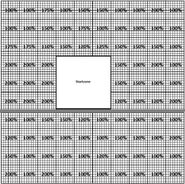 grid overview with expansion prizes in %

Since the the base cost increases each time you purchase an expansion, the order you pick to purchase your expansions can change your total cost significantly. If you pick the lowest cost expansions first, the highest cost expansions will be even higher when you get to them. If you try to get the most expensive expansions out for the way first, you will spend a lot less on your land overall.

If you pick the lowest cost first your order will look like this:

Using the base costs found in the table above, your total cost will come out to roughly:

If you try to get rid of the highest cost spots first your order will look roughly like this:

Using the base costs found in the table above, your total cost will come out to roughly:

This comes out be be much less expensive than pick the lowest spots first with a savings of about:

Note: There may be an even better order of picking land expansions. This is the best known so far. If you know of a better order, please feel free to change the information above, or leave a message in the comments below.

Community content is available under CC-BY-SA unless otherwise noted.
Advertisement